Looks like the Great Firewall or something like it is preventing you from completely loading www.skritter.com because it is hosted on Google App Engine, which is periodically blocked. Try instead our mirror:

Learn to write Japanese characters on your iPhone. 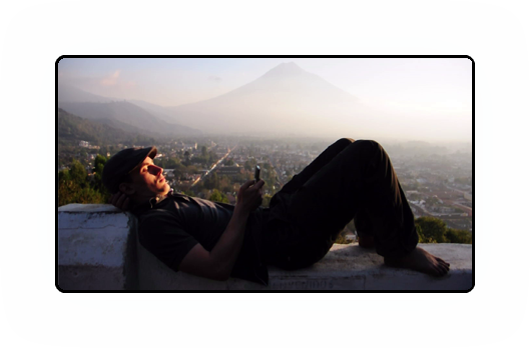 With Skritter, you write, not trace. Skritter gives you immediate stroke-level feedback.

Don't waste time making lists. If you're studying from a textbook, we probably already have it.

November 28, 2015
A 2.7.2 bugfix update has been submitted, which just restores the Midori button if you have the Midori dictionary app installed.

November 10, 2015
The 2.7.0 force-sensitive touch update has been released, giving you more responsive, pressure-sensitive drawing on the latest iOS devices.

April 1, 2015
The 2.6.3 touch precision update has been released. We've fixed many annoying tap behaviors and made the gestures and buttons more precise. We've also updated the audio and fixed some bugs.

October 14, 2014
The 2.6.1 iOS 8 update has been approved at last. It's got 64-bit goodness, a graphics engine overhaul, and a ton of bugfixes. The 2.6.0 update just prior introduced a bad missing-characters bug on 32-bit devices, which is now fixed. It also changed the behavior of the mute switch, but we'll be reverting that in a coming update.

June 6, 2014
The 2.5.0 bugfix update has been sent to the App Store. In addition to fixing a lot of bugs and sound files, we've added an option for whether you want example sentences or not, made the TTS more accurate for Japanese, and (unfortunately) disabled the inaccurate TTS for Chinese.

December 15, 2013
The 2.4.0 audio update is here! We've added thousands of new sound files, and we've also added a text-to-speech feature so that all those rare words will have some audio support.

This one also has a few bugfixes, most notably for iPad day progress stats and for Advanced Study list item replenishment.

September 18, 2013
The 2.3.0 iOS 7 update has spawned! Along with many improvements to prompt text and sentence formatting, and quite a few bugfixes, we've also added a background fetch feature to help keep your Skritter automatically synced across multiple devices without even opening the app. We've also added Midori integration for users who have purchased the Midori Japanese dictionary app.

June 19, 2013
The 2.2.1 sentence update is out! Example sentences are now in the app, and example sentences throughout the website and app are better than ever. There are a few other improvements and bugfixes, too.

January 18, 2013
The 2.1.0 bugfix update is here! This update fixes many, many bugs, most notably a problem with adding words during advanced study where the new words wouldn't show up (and sometimes would just keep adding). I can't even remember all the bugs we fixed, but yeah; go grab it.

Another change we made in this version is to allow new users to start studying on Skritter, with lists and everything, before making an account. They can then name their account later when they want to sign up or change settings. This will be more friendly for people wanting to check it out beyond the tutorial.

This update doesn't have the example sentences in yet--we need to test them a while longer on the website first--but the next one will, oh yes!

November 25, 2012
The iPad apps are out! Both Skritter Japanese and Skritter Chinese have been updated to 2.0 to provide universal iPad support. They also capitalize on the taller iPhone 5 and iPod touch 5th gen screens, so you've got more room for your prompts. This is an app update, not a separate app, so one download gets you Skritter on any of your iOS devices.

What else is new? We've added an Advanced Study mode, where you can be more specific about what you want to study. You can study just one list (or any subset of your lists). You can choose to emphasize your starred words. You can temporarily study different study parts--if today you just want to do writings, or perhaps readings and definitions, then head on over to Advanced Study.

We've also fixed many bugs, especially with multi-device syncing, and improved battery life. Skritter on iPad is the best Skritter experience yet, so experience it!

If you're new to Skritter Japanese, then make sure you're sitting down before you download the app. Shed a tear from your left eye for all the kanji you've forgotten before, and shed one from your right eye for the joy that is going to be your Japanese study from this day forward.

What Are People Saying?

"If I could keep only one app on my iPod, this would be it without a doubt."
-- Wendy Werneth
UN Translator

"Learning characters has never been so much fun. From writing zero to 2000+ characters in 6 months!"
-- Brian Jackson
Economist

"An absolutely amazing app. It actually makes me want to study when I have downtime."
-- Greg Bell
Master's Student

Skritter is free for the first week. After that it costs $14.99 per month. We're also offering discounts on longer-term subscriptions--as low as $7.50/mo! Subscribe either in-app or on the site and get access to both.

Get the Chinese app!

Brought to you by Skritter, the #1 web app for learning Chinese and Japanese characters.